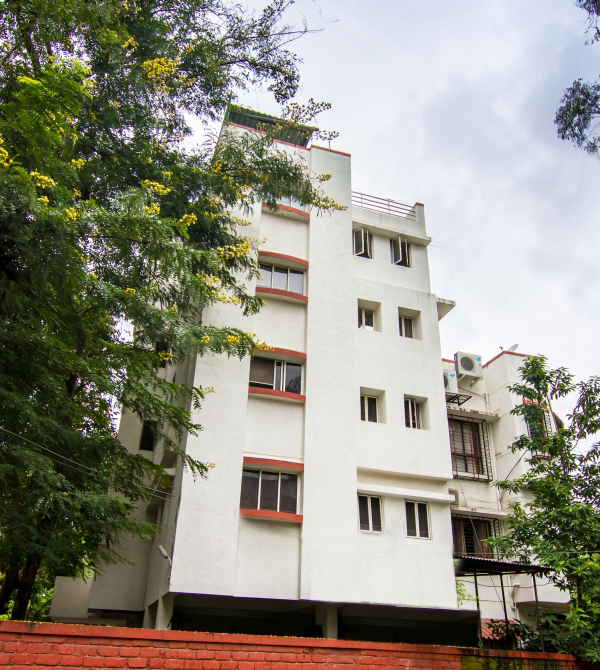 Project leadership is spread through the organization, encouraging interaction throughout the project duration. Teams are fluid, pairing needed resources, current expertise, and local leadership to guide current and emerging talent toward the successful attainment of each project goal. Our team is continuously growing against the backdrop of ever evolving global financial markets, skill sets, perspectives, and expertise through learning and real-time application.

Our project management teams have exceptional skill in defining, building, supporting, and working with the following resource teams at GRI:

At GRI, you can shape and steer your career beyond big corporate hierarchies, focused solely on the basis of your passion, talent and performance. With employee friendly policies, GRI welcomes both experienced and fresh graduates. For newer graduates, we have a well-defined career path which starts with a rigorous six month training program followed by immersive on-the-job training.

Our technology team is comprised of skilled professionals fluent in various technologies. Our current focus is on Python Programming for quantitative finance, data analytics and web based reporting and data visualization.

Our flat organization encourages people to take individual responsibility for their role and fosters open discussions with management. We provide ample career opportunities in an ever-evolving and dynamic industry.

We firmly believe our employees are our most valuable asset.

Candidates interested in joining the GlobeFlex team may forward their CV to us with a cover letter tocontact[at]globeflexresearch.com. 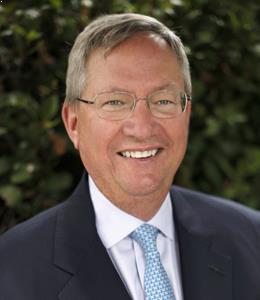 Portfolio management at GlobeFlex has evolved into an adaptable process that is ready to address radically different market environments. We've learned to embrace reform while preserving our strengths. We know that just because a process has worked and you've benefited from it, you've got to challenge everything that you're doing today and do that again tomorrow, and again the next day and again the day after that - to keep challenging the embedded process and be open to thoroughly researched enhancements, if warranted.

Knowing is one thing; having the wherewithal is another. As a research-driven firm, we emphasize upgrading skill through finding good people and efficiency via a faster technology platform to speed up our ability to dissect portfolios and analyze attribution.

And the investment effort is not just six people. We leverage skill by having a constant press of specialist data vendors working on specific projects. One night I totaled up the people who for sure were working on GlobeFlex projects the majority of that day and it was over 100.

At GlobeFlex we stay alert to unintended bets to minimize risk, and are adaptable to enhancing our portfolio construction. We increased the efficacy of our stock selection through creating sector-specific models and also tightened portfolio construction. The modifications on the alpha side weren't just to pull in better short-term performance (although during the recent speculative market environment, better short-term performance would have been welcome); rather, we were upgrading our skill level for the long term.

We'll always be fundamental stockpickers. We'll always be systematic in our approach. And we'll always be a focused, active, research-oriented manager. But we also will always be flexible, because markets are never going to be so stable that you can figure it out once and for all. Your process has to be constantly evolutionary. 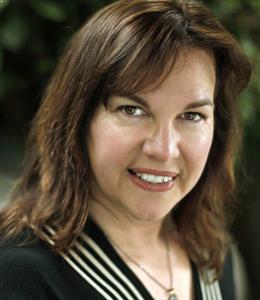 We are a tight-knit team of experts, and we want to keep it that way. A focused institutional boutique can be pro-active in protecting its environment and since every incoming personality changes the organism, we carefully choose. We get a lot of resumes from incredibly bright, talented, driven people, but we need individuals who really want to be part of a team and understand what that means in terms of mutual learning and mutual respect and mutual teaching. Our culture calls for lots of multi-tasking and the roles are more blurred than in a large firm. It's not for everyone.

In addition to hiring the right people, its giving people enough freedom in their positions to own their jobs, which brings with it complete accountability. You have authority, you have responsibility, and you have accountability. We've built a web of inter-accountability. It's not just one-on-one; it's accountability to the team, to the specific project group you're working with.

People here are given unlimited upside potential. The greatest gratification comes from feeling that all your efforts and talents directly affect the bottom line, that you are positively regarded and that you are respected for your skill set. There's no ceiling.

We add the right people when necessary, but to keep the human component as focused as possible we are also very focused on technology. Consultants and others are always surprised that a privately owned firm of our size has built the sorts of resources we've built. Not only do we have a research platform that serves as a portfolio management laboratory, testing any investment concept we can conceive of, we also have a straight-through processing that brings enormous efficiency.

Here the client is boss, in every form of the word. We are oriented toward collaboration, internally and externally. So we tend to attract clients who are more analytic and who view their managers more as a resource. Their requests for information are a source of learning. It would be easier to be less responsive, to have more mass appeal. But that doesn't fit our personality. If you want to keep being mentally challenged, if you want to keep pushing the research envelope, this is the best way to do it. 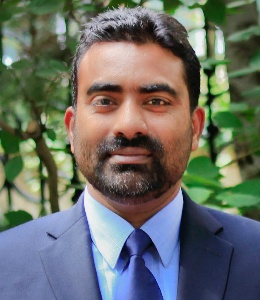 Venkat Chalasani joined the GlobeFlex team July 1, 2015, after having been the Co-Founder and President of Virtua Research since 2004. With primary responsibility for the operation of GlobeFlex Research India Pvt. Ltd., our wholly-owned subsidiary, and the Boston office, Venkat leads a team of 100 analysts covering more than 1,000 companies in 27 countries. This “first of its kind” modeling platform compiles fundamental research ensuring consistency across all companies regarding their operational drivers, thus circumventing the “lone wolf” process and pitfalls of traditional fundamental research.

GlobeFlex and Virtua first began doing business in 2005, as Bob Anslow recognized the benefit of an India-based fundamental effort to cover companies around the globe that have no or sparse analyst coverage, a classic quantitative blind spot. Venkat and his partners assembled equity analysts, data gatherers, and technology expertise to build what is now a thriving 100-person effort. As of 2010, Virtua provided GlobeFlex the ability to integrate financial statements, proprietary earnings estimates, and other insights into our investment universe, expanding our universe of investment opportunities for all clients. In 2014 we began the process of acquiring the part of Virtua’s business that provides those capabilities and in July 2015, we finished establishing our subsidiary under Indian law and welcomed Venkat’s India-based team into the GlobeFlex family.

Venkat began his career at State Street Global Advisors (SSgA) while earning his MBA at Boston College, securing one of two coveted Executive Fellow spots, a position created in a strategic partnership between the two institutions. There he worked with portfolio managers running an industry rotation equity strategy. Upon completion of his Master’s Degree, he joined the firm full time as a Principal, Portfolio Management, where he constructed a long/short strategy and acted as Assistant Portfolio Manager for Global Equity, International Growth, and Concentrated Socially Responsible Equity.

In addition, he conducted research and had portfolio construction responsibilities. During his four years at SSgA, Venkat spanned several roles, culminating as Principal, Portfolio Management and Head of Global Equity Products, serving as Lead Portfolio Manager for $1 billion in Global Equity portfolios and a U.S. Large Cap mutual fund.

Spreading his entrepreneurial wings in 2001, Venkat left SSgA to join a former boss as a Partner and Portfolio Manager at Concordia Capital Associates, running long/short fundamental equity, primarily in the technology, telecommunications, and health care sectors for three years.

From there, Venkat found the way to leverage his unique position – the confluence of academic parents involved with India’s top universities and well-educated labor pool, knowledge of the needs of U.S. financial institutions, and the entrepreneurial drive to co-found and build Virtua, the research operations of which are, now GlobeFlex Research India Pvt. Ltd.

Venkat received his Bachelor of Technology with Honors from the Indian Institute of Technology (IIT) in Kharagpur, India. He earned his MBA from the Boston College Graduate School of Management in 1998, and his Chartered Financial Analyst designation in 2000. 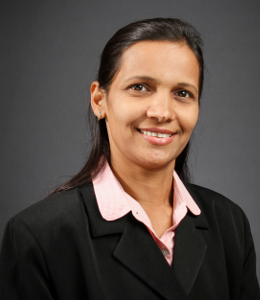 Shilpa has accumulated more than 10 years of experience in Human Resource. At GRI she is responsible for recruitment and hiring, performance appraisal management, records management, HR system administration, HR policy development & compliance. She holds Bachelor of Science and PGDHRM from Pune University. 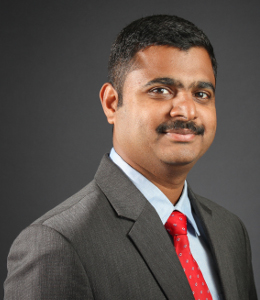 Prasad performs a wide range of duties like project planning, allocation and management of technical staff, implementation and delivering the project.

He has worked on various technologies such as .Net, C#, Silver light, WPF. Also worked on development and maintenance of data warehouse. Currently he is primarily focused on Python programming for quantitative finance & web based reporting.

He has over nine years of experience in field of technology with Bachelor of Computer Science and Master of Business Administration (Information Technology). 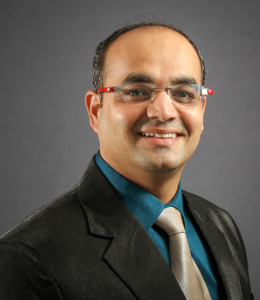 Nitin is responsible for data warehouse, business analytics, MIS, development of research and analytical platform, integration of subscribed databases etc. He previously worked as research analyst and business analyst, which became an added advantage to understand user’s perspective towards analytical projects. He has done his Master of Business Administration in finance specialization and also holds a Diploma in Software Engineering. He has over 12 years of experience in Finance & Software industry.

Currently he is actively involved in identifying, obtaining, and transforming a data set to make it suitable for the production of statistical evidence communicated in written form. He also builds models based on new data types using experimental design to derive relevant statistical inference. He also has comprehensive knowledge about RDBMS database systems, advance MS Excel & VBA.

Pranjali More has been a part of equity research for 9 years. She is responsible for Fundamental Research Team in Pune. She has been a major part of training of newly joined analysts and for new proposed models.

Pranjali began her career with SDK Associates as an accountant and tax consultant. She later joined WNS Global Services where she worked as an online trainer. She has successfully handled many vital projects.

Pranjali has completed her Master of Commerce and DTL (Diploma in Taxation and Law) from University of Pune, India. In addition to this, she has also earned her PGDBA (Post Graduate Diploma in Business Administration) in finance from Pune, India. 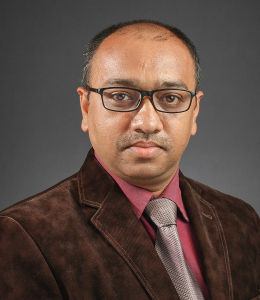 Manish is the financial controller for GlobeFlex Research India Pvt. Ltd. His responsibilities include maintaining daily ledger and books of the company, preparing budget and performing variance analysis, controlling costs as per budgets, preparing taxation and managing the regulatory filings.

He is having total 15 years of wide experience in this field .Previously he has worked with Mitcon, PSE securities.

He has earned his Master of commerce (Taxation) degree from Pune University. 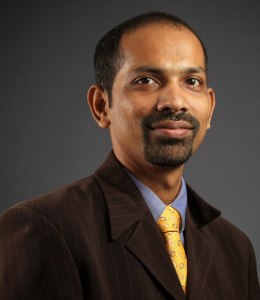 He is commerce graduate and also holds Master of Computer Management degree from Pune University.

GlobeFlex Research India Pvt. Ltd. reserves the right to modify this privacy policy at any time. The contents of this web site, including all information, graphics, and material are for personal, informational, and non-commercial use only. Unauthorized use of any materials at this website is prohibited.